On the May 26th we had the honor to sponsor “2019 Motorcycle Ride for Dad” with our BBQ Sausages. This great cause has its long and beautiful history of 15 years, and began in Ottawa in 2004 when Garry Janz asked his friend Charlie Plester what he was up to. Charlie told him he was planning his funeral as he had just found out he had prostate cancer. Garry learned that most prostate cancer can be cured if it is discovered early enough. Garry decided that he was going to educate men and their families about prostate cancer and raise funds for this and prostate cancer research. Garry an avid motorcyclist decided that a motorcycle ride could help raise the funds for his idea. With that the Motorcycle Ride For Dad was born. 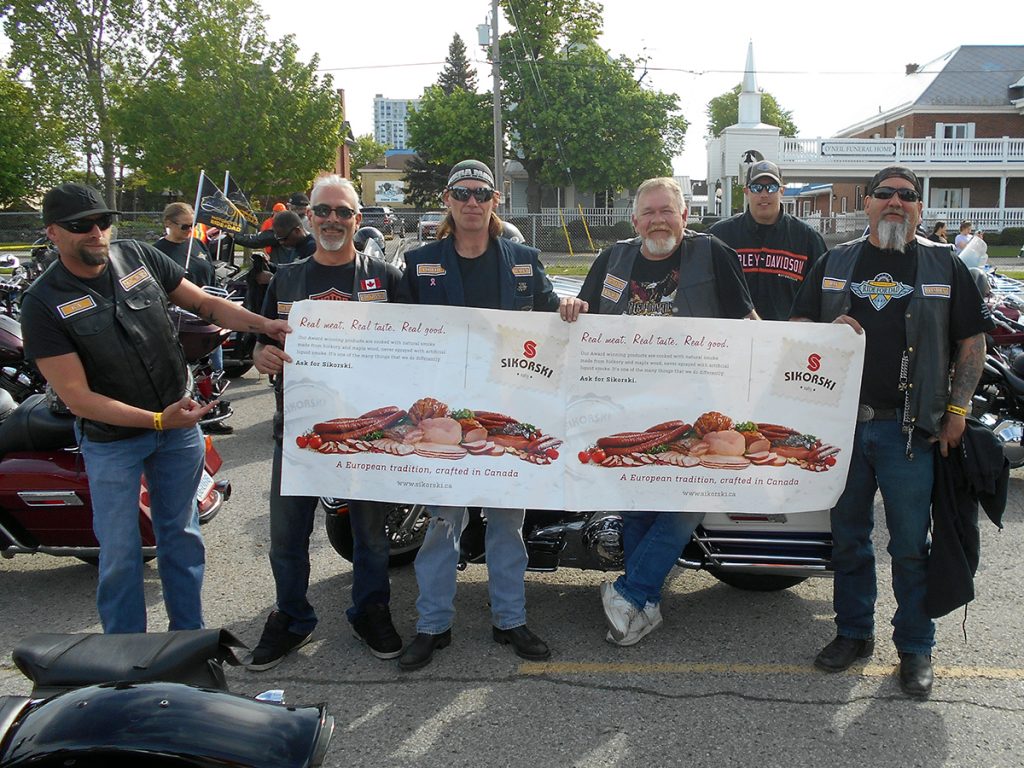 In 2004 the London Ontario Chapter of the Motorcycle Ride for Dad was formed and their first ride was held. Since then they have raised over $734,000 dollars to educate men about prostate cancer and funded numerous research products.

This year 2019 is the 15th Anniversary of the London Ride for Dad – the goals were to raise awareness of prostate cancer and raise funds for that and a research project. On Friday May 24th they held a barbecue at the London Police Reporting Center. Thanks to our donation of 150 Podhalanska BBQ sausages they raised over $750.

On Sunday May 26 they had 192 registrants attend the event! After a parade of motorcycles through downtown a poker run in the countryside followed. Their wrap up event was at the Dorchester Fairgrounds where they had a barbecue and the Sikorski sausages were devoured by the hungry riders.

As a result of our Ride $46,600 dollars was raised in the fight against prostate cancer, bringing our total in London to $780,000.